Dignity and Pride: A Snapshot of the Health Challenges and Needs of LGBT Older Adults 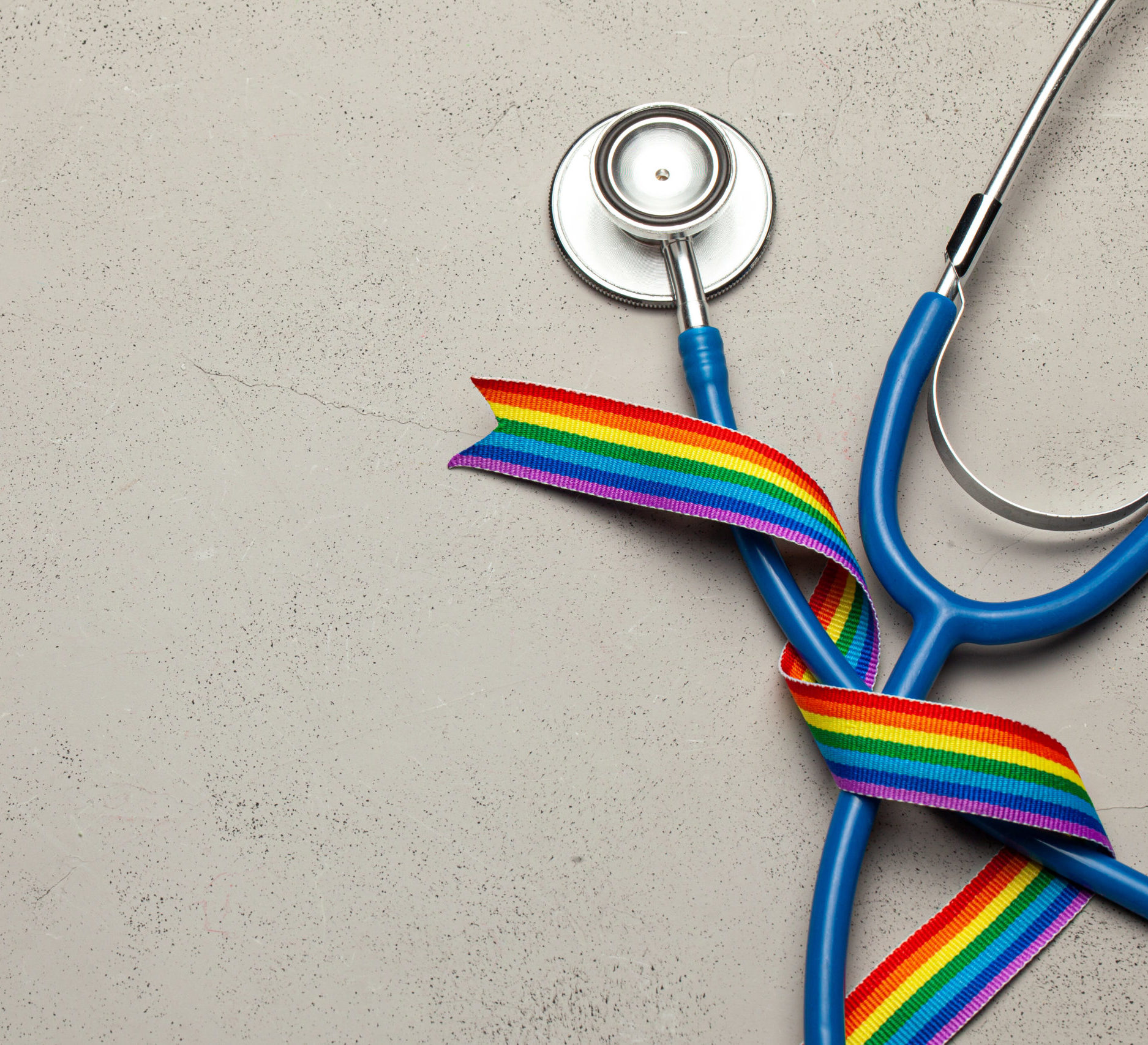 17 Feb Dignity and Pride: A Snapshot of the Health Challenges and Needs of LGBT Older Adults

Posted at 14:08h in Insights by Brett Shay 0 Comments

The elder LGBT community is diverse and growing. Estimates show that there are over 3 million LGBT adults over the age of 50, with that number growing fast to 7 million LGBT elders by 2030. While LGBT elders face the same concerns that all elders face- social isolation, loneliness, housing affordability, and ageism- research proves that the community encounters higher instances of the challenges just mentioned along with additional obstacles.

Health and Wellness Challenge by the numbers:

Compared to their heterosexual peers1, LGBT elders are:

LGBT and the community:

Contrary to popular belief, members of the LGBT community live in a variety of residences and community sizes. An AARP survey2 of older LGBT adults offers good snapshot and insight into the state of the communities that LGBT elders reside and the wants and needs of older adult respondents below. Encouragingly, 83 percent of respondents report that their community is very or somewhat LGBT friendly. 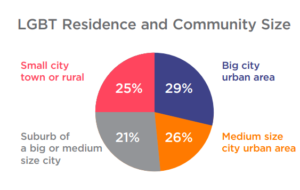 However, there are other worries. There are real housing and long-term care concerns that LGBT elders report. For minorities, LGBT discrimination concerns are compounded with race and ethnicity discrimination factors. 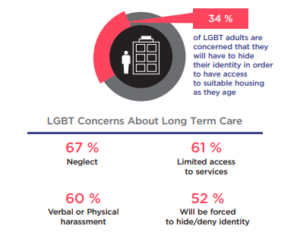 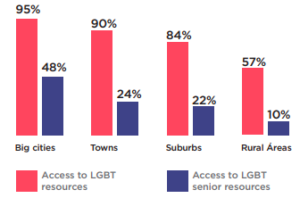 Shaping the future: Despite the varied concerns and challenges facing the LGBT community, the LGBT elder population is resilient and remains optimistic about the future. 60 percent of the AARP study respondents are at least somewhat optimistic that the problems that they face will be solved within the next 20 years.

Healthcare providers and community leaders can positively impact the LGBT elder community by understanding the obstacles that the diverse members of the community face.

LGBT elders can overcome some of these concerns and age with dignity by finding support through chosen families and informal support networks. These include LGBT community organizations, gay-affirmative religious networks, and LGBT friendly providers of care like Chosen Family Home Care.