Philadelphia Health and Well-being: Are Gay Men Too Hard On Each Other? 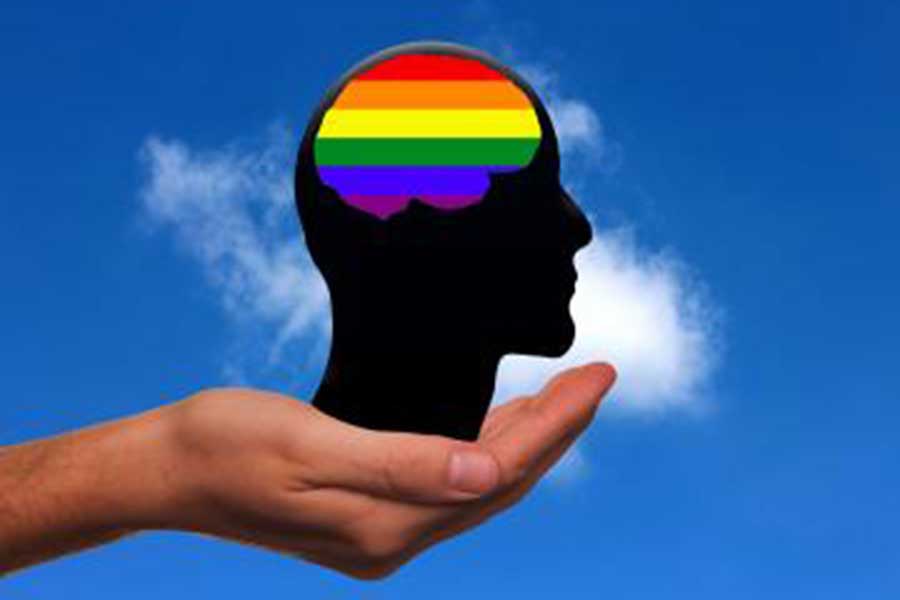 17 Mar Philadelphia Health and Well-being: Are Gay Men Too Hard On Each Other?

Posted at 13:25h in Insights by Brett S 0 Comments

As originally published in the Philadelphia Gay News by Brett Shay, CEO of Chosen Family Home Care on March 10, 2020.

Mental health concerns in the LGBTQ community are striking: conditions like depression, anxiety, and PTSD are more prevalent than among heterosexual peers by a factor of three, and rates of suicide are four times higher. Since 2007, more gay men have died from suicide than from HIV. These challenges prevail even with greater LGBTQ community acceptance and advances in civil rights

A bounty of research has already proven minority stress, which is stress faced by members of stigmatized and discriminated minority groups, affects the LGBTQ community. This adversely affects the community’s overall well being and fosters the persistence of health disparities. The disparities are so large and persist even in the face of increased societal acceptance that many researchers theorize that there may be other factors at play.

Among gay and bisexual men, an increasing number of findings are beginning to point to mental health hardships stemming from members of the community itself, also known as intraminority stress. Namely, these include an overt emphasis on masculinity, competitiveness, societal status, racism, and sex within this cohort of men.

The most comprehensive of these studies was recently published and aims more light on the issue. The paper, authored by Yale associate professor John Pachankis, reveals what many gay and bisexual men may be acutely aware of: their behaviors can be harmful and even destructive in significant ways.

The five year study carefully constructed a host of four experiments with nine groups of gay and bisexual men. Overall, the study found that the participants experienced stress based on comparison factors and the community’s focus on attractiveness, income, masculinity, and race.

One experiment analyzed the impact of rejection felt by gay men from a peer of perceived elevated status (by means of higher levels of masculinity, income, or attractiveness). These rejections stung the participants more and generated greater stress levels in those of similar or lower status.

Boys Will Be Boys

The study acknowledges that an all-male community brings its own unique features and challenges. The subculture is unique in that it’s composed of men that rely on each other for sexual and social interactions alike. This creates additional layers of competitiveness and validations of masculinity, both of which are already prevalent.

Consider the cultures of men in frat houses or in sports. These male dominated environments tend to idealize masculinity (perhaps toxically) while overly emphasizing ones status, often in negative ways.

John Giugliano, a local PhD Clinical Social Worker in private practice, concurs. “Internalized homophobia is when an LGBTQ person takes in or internalizes the values and perspectives generated by the heterosexist culture.  These values then are perpetuated within the gay community. So like the dominant culture, gay men, who are deemed more masculine or ‘straight-acting’ are often assigned greater status while those with effeminate features considered less worthy. The reverse is also true for lesbians.”

He continues, “Unlike other minorities, LGBTQ individuals are the only minority group who aren’t raised by members of their own group in most cases (heterosexual parents).  This lack of intercommunity socialization at a young age can affect emotional development. Loneliness and relationship difficulties later in life can be the end result.”

Perhaps our interactions with online platforms paint a virtual picture of what we see represented in the study here. A 2018 survey of 200,000 phone users by Moment looked at the interaction of apps and how it made them feel. Meditation, music, books, and podcasts tended to leave users the happiest.

The app causing the most misery? Grindr, with 77 of users reporting unhappiness while using it at an average of 61 minutes per day. Another study reports even higher daily use, topping two hours. You know it’s bad when Grindr ends up being worse than both iterations of Candy Crush. It doesn’t end there though, as Instagram, Snapchat, and Facebook are all major offenders as well.

Naturally, it begs the question- Why do we use these apps (Grindr, Tinder, Scruff) if they make us feel so bad? Are we stoking a vicious cycle of depression and loneliness by using them? Further research needs to be done, but there have been various articles that look at the use of digital dating and sex apps and how they may exacerbate already prevalent mental health challenges in gay and bisexual men. Many gay men can relate to the findings of Pachankis’ study and connect them directly back to their experiences on hookup apps or in other aspects of community interactions.

Awareness is a good first step. By understanding how community interactions can be detrimental to one’s well being, we can shape our behaviors more positively and, crucially, our reactions. The Moment study generally found a correlation between an increase in app times and unhappiness in using them. This was demonstrated in social networking apps like Instagram. Perhaps users could improve their experiences by limiting time spent on them while reducing expectations around these mediums.

Finally, the Pachankis study points out mistrust among friends to be the least prevalent finding. In other words, it highlights the strength of friendships and cohesion within the gay community from these bonds. They could buffer against the stresses mentioned here, both from greater society and within the gay and bisexual male community as well.

Brett Shay is the CEO and founder of Chosen Family Home Care, a provider of at-home care needs for elderly and disabled community of greater Philadelphia. Chosen Family (www.chosenfamilyhomecare.com) is one of the first organizations in the nation to specialize in meeting the diverse needs of the LGBTQ community and overcoming the health disparities and challenges of LGBTQ people and allies through its unique home care model. Brett has an extensive healthcare leadership background spanning various medical specialties and also provides education and training throughout the community on LGBTQ healthcare topics. He can be reached at brett@chosenfamilyhomecare.com.