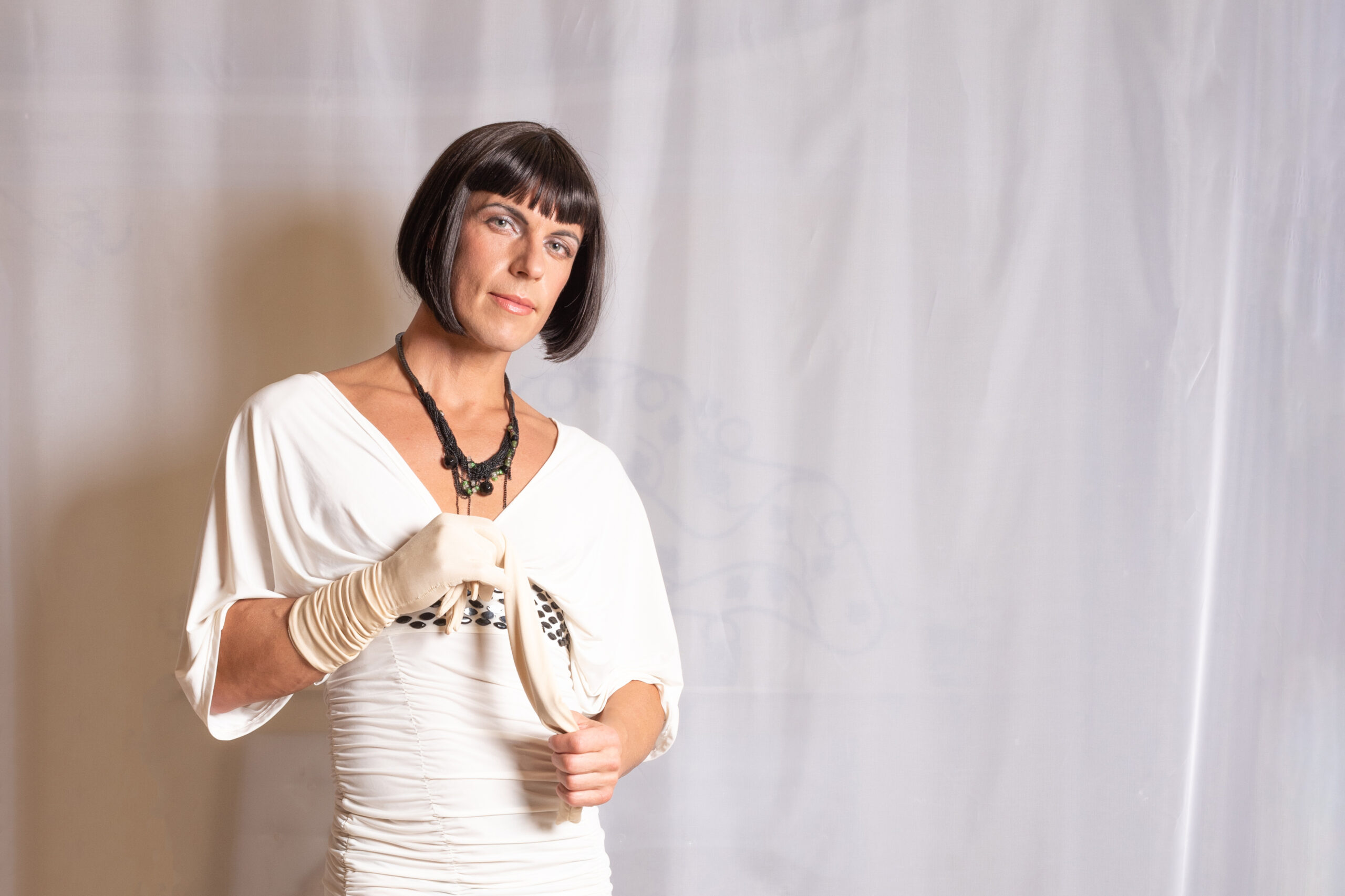 Seniors that identify as LGBTQIA face many unique obstacles. Read more to learn about the healthcare challenges that confront the growing and diverse group of LGBT older adults.

The LGBT senior community is diverse and growing. In the United States, around 4.5% of individuals identify as LGBT, totaling millions of people. LGBT seniors are expected to explode in population to over 7 million individuals by 2030, more than doubling current levels. The LGBT older adult population has many healthcare needs and challenges that are of greater frequency and urgency than the general population as a whole. Awareness of the issues that disproportionately affect the older adult LGBT community are vital in tackling some of the challenges and disparities that exist for LGBT seniors in particular 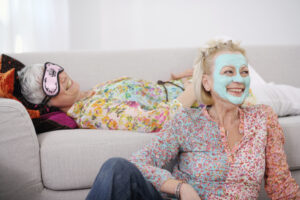 The LGBT community in America is very diverse. According to Pew Research, 9 percent of the LGBT population is over the age of 65. In comparison, 17 percent of the general population is over the age of 65. The lower rate of self-identifying LGBT elders compared to all elders as a whole suggests that millions of elder adults that do in fact have same-sex attractions or behaviors do not self-identify as LGBT. While reasons for non-disclosure could be complicated and varied, prevailing beliefs are that it is due to societal fears of discrimination or other stigmas. Considering the fact that these elders would have lived through a very different period with greater challenges facing the LGBT community while growing up, this discrepancy would be unsurprising.

So what makes aging for the LGBT community different than other Americans? Below we identify the seven unique challenges that LGBT older adults face.

Discrimination in the healthcare system

Despite major advances in LGBT equality, discrimination continues to persist in the healthcare system for members of the LGBT community. A 2014 report by Lambda legal found that more than half of lesbian, gay, and bisexual patients experienced discrimination in healthcare. For their transgender peers, the statistics are even worse. 70 percent of transgender individuals experiencing some form of healthcare discrimination. It may be of little surprise that 40 percent of LGBT seniors report that their healthcare providers are unaware of their sexual orientation at all.

This issue extends beyond the doctors office as well. Many LGBT older adults also do not seek out senior centers or other community options. This is due to a fear of harassment or discrimination. Real or perceived discrimination may also explain why LGBT elders have lower rates of using community resources in general. This is the fact despite having a greater need for them as you will see below. 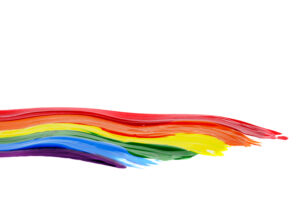 There exists a dearth of resources dedicated towards LGBT specific care needs. While LGBT community centers do offer critical support to LGBT older adults, these community centers tend to be concentrated in metropolitan areas. They often exclude those in rural areas or even many suburban communities. Additionally, the Older Americans Act (which in turn funds local Area Agencies on Aging, or AAA), does not include the LGBT population as a group of greatest social need. Therefore, many AAAs do not engage this population which is troublesome as local AAAs are vital sources of addressing elder care needs.

The LGBT community as a whole is more likely to live in poverty. Tis includes LGBT seniors. There are a large potential variety of contributing factors that have led to this. Some of these would disproportionately impact elder LGBT adults due to fewer legal protections and greater discrimination during their lives. Employment discrimination is still legal in some states against LGBT community members. This could lead to a lifetime of missed opportunities and lower earnings. Within the statistics, we see that the transgender community has the highest rate of poverty, at 48 percent.

Additionally, before the right to marry was instituted for the LGBT community, many individuals would have been unable to access certain benefits from their partner. This includes things like their partner’s retirement assets or social security benefits if they died or if they were unable to marry before marriage equality came into effect. Naturally, elder LGBT adults would be the most likely to be affected by this.

As a result, LGBT seniors are more likely to face a lifetime of poverty or economic insecurity. At the very least, many in the community would have been unable to access the same resources as their heterosexual counterparts due to these reasons and others. 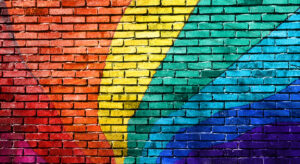 On top of that, adding in LGBT seniors who have been rejected by their families for their sexual orientation or gender identity is another contributor to lack of support. According to a review of literature by the LGBT Youth and Family Acceptance, one third of youth experience family rejection. It is plausible to think that LGBT seniors and older adults would have faced an even higher level of family rejection in their time of coming out.

LGBT seniors are at high risk of social isolation. This often stems from a cumulation of the challenges we see listed here. Without adequate access to caring and supportive services, many LGBT community members are left on their own. Interestingly, LGBT older adults often demonstrate lower engagement with much needed services that can help. This includes home care services or meal programs. It is despite a greater need for support programs due to lower informal support networks. 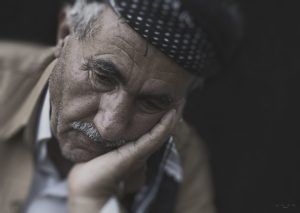 With so many challenges that LGBT older adults face (or have faced), it may come as little surprise to find greater mental health needs within the population. Depression is more than twice as common amongst older LGBT adults than the general population as a whole. Suicidal ideation is another major concern.

Greater tobacco, alcohol, and substance use and abuse

LGBT older adults and seniors grew up in a time before the LGBT rights movement took off. It was only in 1973 that homosexuality was removed as a psychiatric disorder, and 2013 for transgender identification. Minority stress theory indicates stigma and discrimination are contributing factors to negative health behaviors and outcomes. Unfortunately, many may turn to unhealthy coping behaviors as a result. LGBT seniors report greater use of alcohol and higher rates of smoking tobacco.

To summarize, health care centers and community partners have an opportunity. They can offer services and programs that cater to the LGBT senior population. Dedicated training and resources for the LGBT older adult population can help overcome the health concerns and disparities that persist in the community.

By choosing caring and accepting home care providers like Chosen Family, we can help bridge these gaps with greater attention and urgency. Chosen Family has implemented a program to advance the needs of older adults that we serve. Plus, we have developed a strong referral network with other LGBT-affirming providers. Chosen Family Home Care prides itself on being more than just a home care provider, but also an advocate for the LGBT population. This is more than just an outreach, it is our core population served. Contact us to learn more about the Chosen Family difference at info@chosenfamilyhomecare.com or by calling us at 267-457-4122.